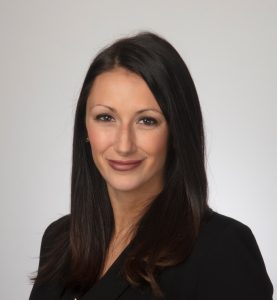 Cara went on to obtain her J.D. at Quinnipiac University School of Law. She graduated in 2017, earning concentrations in both Criminal Law Advocacy and honors in Family Law. During her 3 years of law school, Cara participated and was a member of the Criminal Law Society, Mock Trial Society and Mock Trial Competition Team.

During law school Attorney Cavallari worked as a certified legal intern at the Law Office of Kevin C. Ferry, LLC. Cara also interned at the Office of the Public Defenders in Hartford GA 14 for over a year, and gained extensive experience representing indigent clients at arraignment and arguing bond motions, working on a wide variety of cases ranging from drug possession and sale, DUI/DWIs, domestics, larceny, illegal possession of firearms, assault, robbery and burglary to murder. Attorney Cavallari earned an award in “Excellence in Clinical Work” for her work at the Office of the Public Defenders. She also won the High Academic Achievement Award for having the highest grade in the school in Trial Practice in 2017.

She was admitted to the CT bar in 2017 and is primarily focused on personal injury, criminal defense, medical malpractice and wrongful death litigation. She is a member of the CT Youth Lawyers Association.

Selected for National Academy of Criminal Defense Attorneys, Inc. Top 10 Under 40 Attorney Award for the State of CT

Attorney Cavallari grew up in Avon, CT. She’s played soccer her entire life, including club for FSA and 4 years of NCAA Division 1 Soccer on the CCSU Women’s Soccer team. When she’s not working she is playing soccer in both indoor and outdoor leagues, running road races, snowboarding, playing golf, enjoying pasta at any Italian restaurant and playing with her English Pointer puppy, Rocco.

“No one cares, work harder.”

Get A Free Consultation